Dot Porter, Curator, Digital Research Services at the University of Pennsylvania Library, offers a video orientation to Penn Library’s LJS 194,  Geometria, by the mathematician and educator Gerbert, who was elected Pope Sylvester II in 999. The manuscript was written in Bavaria between 1125 and 1175 in Latin and it is a collection of geometrical texts, including material from four chapters of the Isagoge geometriae; correspondence with Adelbaldus (also known as Adelbold or Albaldus, of Utrecht) about the area of isosceles triangles; and a treatise on the construction of astrolabes. It was annotated in the 12th century and again later in the 15th- or early 16th-century by an unknown late  humanist who collated the text with other manuscripts and noted the classical sources in the text.

See the full online facsimile of this work in Penn in Hand. 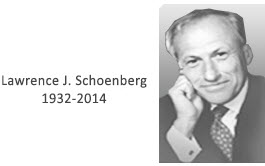