Fifty-two discoveries from the BiblioPhilly project, No. 3/52

Lehigh University’s small but excellent collection of Medieval and Renaissance manuscripts deserves to be better known–and soon will be thanks to the Bibliotheca Philadelphiensis digitization project! Only the first sixteen of the university’s manuscripts to be acquired were described (and briefly at that) in Seymour de Ricci’s Census of medieval and renaissance manuscripts in the United States and Canada (1935–1940); later acquisitions were not listed in the supplement to the census published in 1962. In 1970, the young John C. Hirsh (now a professor of English at Georgetown University), who received his doctorate from Lehigh that very year, organized an exhibition of the manuscripts and published a short guidebook to them, which was the first attempt at a complete checklist: Western Manuscripts of the Twelfth through the Sixteenth Centuries in Lehigh University Libraries: A Guide to the Exhibition.

The 1970 exhibition provided some new information about Lehigh’s manuscripts, but nothing like a comprehensive catalog, and there remains much research to be done on this collection. A case in point is Lehigh Codex 19, a Book of Hours of the Use of Rome described by Hirsh as a “15th-century manuscript on vellum, written in France.” A closer examination of the manuscript in fact reveals that it was produced in Flanders for export to Spain, a phenomenon that was quite widespread in the fifteenth and early-sixteenth centuries (and another example of which may be the famous Collins Hours at the Philadelphia Museum of Art).[efn_note]For this phenomenon see Javier Docampo Capilla, “Horas Scriptas / Horas de Enprenta: Producción y Comercio de Libros de Horas En La Península Ibérica,” in Del Autor Al Lector: El Comercio y Distribución Del Libro Medieval y Moderno, ed. Manuel José Pedraza Gracia, Carlos Yolanda San Román, and Nicolás Bas Martín (Zaragoza: Prensas de la Universidad de Zaragoza, 2017), 15–36; and idem, “La importación de manuscritos iluminados y su influencia en la miniatura de la Península Ibérica: 1470-1570,” in La miniatura medieval en la Península Ibérica, ed. Joaquin Yarza Luaces (Murcia: Nausicaa, 2007), 255–311.[/efn_note]

To begin with, the coat-of-arms visible on fol. 3r, nestled amidst a charming “Ghent-Bruges”-style border more typical of Flanders in the early sixteenth century, is identifiable as that of the Ayala family of Toledo, Spain: Argent, two wolves passant sable in pale, a bordure gules charged with eight saltires or (in Spanish, “En campo de plata, dos lobos de sable, uno sobre otro; bordura de gules, con ocho aspas de oro”). The Ayala de Toldeo family was prominent in royal affairs in Spain around the turn of the sixteenth century, having been awarded the Duchy of Fuensalida by Henry IV of Castile in 1470.[efn_note]For this family, see Juan Ramon Palencia Herrejón, “Elementos Simbólicos de Poder de la Nobleza urbana en Castilla: los Ayala de Toledo al final del Medievo,” En la España medieval 18 (1995): 163–180; and idem, Los Ayala de Toledo: desarrollo e instrumentos de poder de un linaje nobiliario en el siglo XV (Toledo: Concejalía de Cultura, 1996).[/efn_note] While the book contains no further information as to the exact original owner of the book, an examination of the Ayala dynasty allows us to posit a number of potential candidates, either among the sons and daughters of Pedro López de Ayala II, whose death in 1486 probably occurred before the book was made, or among the children of Alfonso de Silva y Ayala, perhaps Pedro López de Ayala IV, who died in 1537. [edit: As Peter Kidd rightly points out in a comment below, the Obsecro te and O intemerata prayers, as well as the prayer of Saint Augustine, contain feminine forms, confirming that the book’s first intended recipient was a woman. This makes the most likely owner Leonor de Ayala, about whom little is known, or perhaps one of her sisters or her niece, Maria de Silva Ayala.] 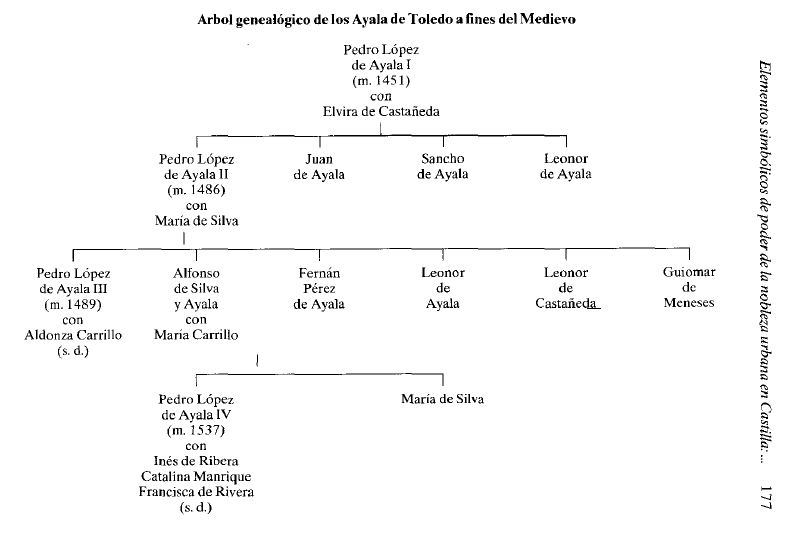 The imposing Ayala residence in Toledo, the Palacio de Fuensalida, survives today as the headquarters of the presidency of Castilla-La Mancha. The building’s interior and facade are emblazoned with the coat-of-arms found in our Book of Hours. 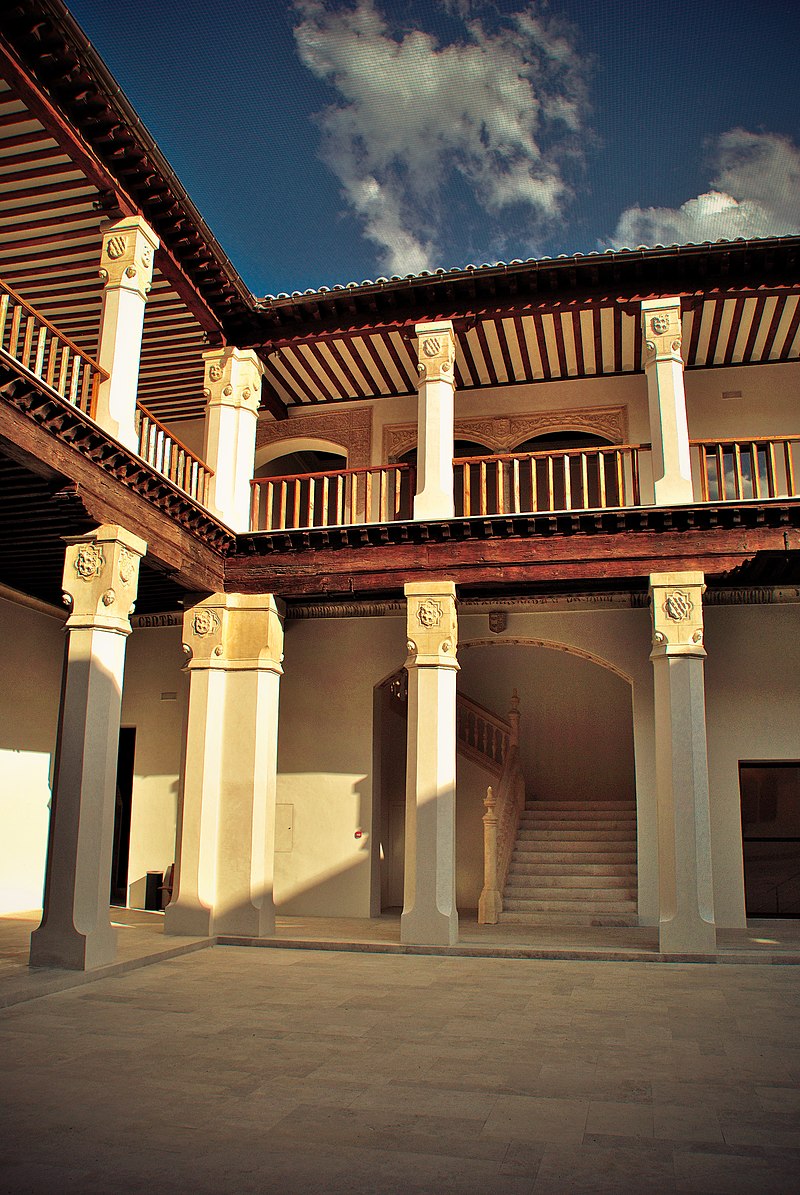 Other evidence of our manuscript’s intended use and eventual presence in Spain abounds. The manuscript contains Castilian rubrics for a series of fifteen unusual prayers that appear to be associated with Giles of Rome (lived ca. 1243–1316; fols. 109r-181v), and an inquisition verification inscription on fol. 181v, dated to 1573.

By coincidence, another manuscripts preserved in the region, at The Rosenbach Library and Museum, also contains a (previously identified) coat-of-arms of this same family. Rosenbach MS 482/2, a Spanish translation of De regimine principum produced around the year 1500, includes the Ayala de Toldeo arms in the bottom right hand corner of folio 18r. Interestingly, this treatise on the conduct of princes was originally written by Giles of Rome, the author to whom some of the prayers in the Lehigh Book of Hours seem to be connected. Might there be an Ayala family preference at play here?

De regimine principum, The Rosenbach Library and Museum, MS 482/2, fol. 18r, with detail of Ayala coat-of-arms below compared to that in Lehigh Codex 19