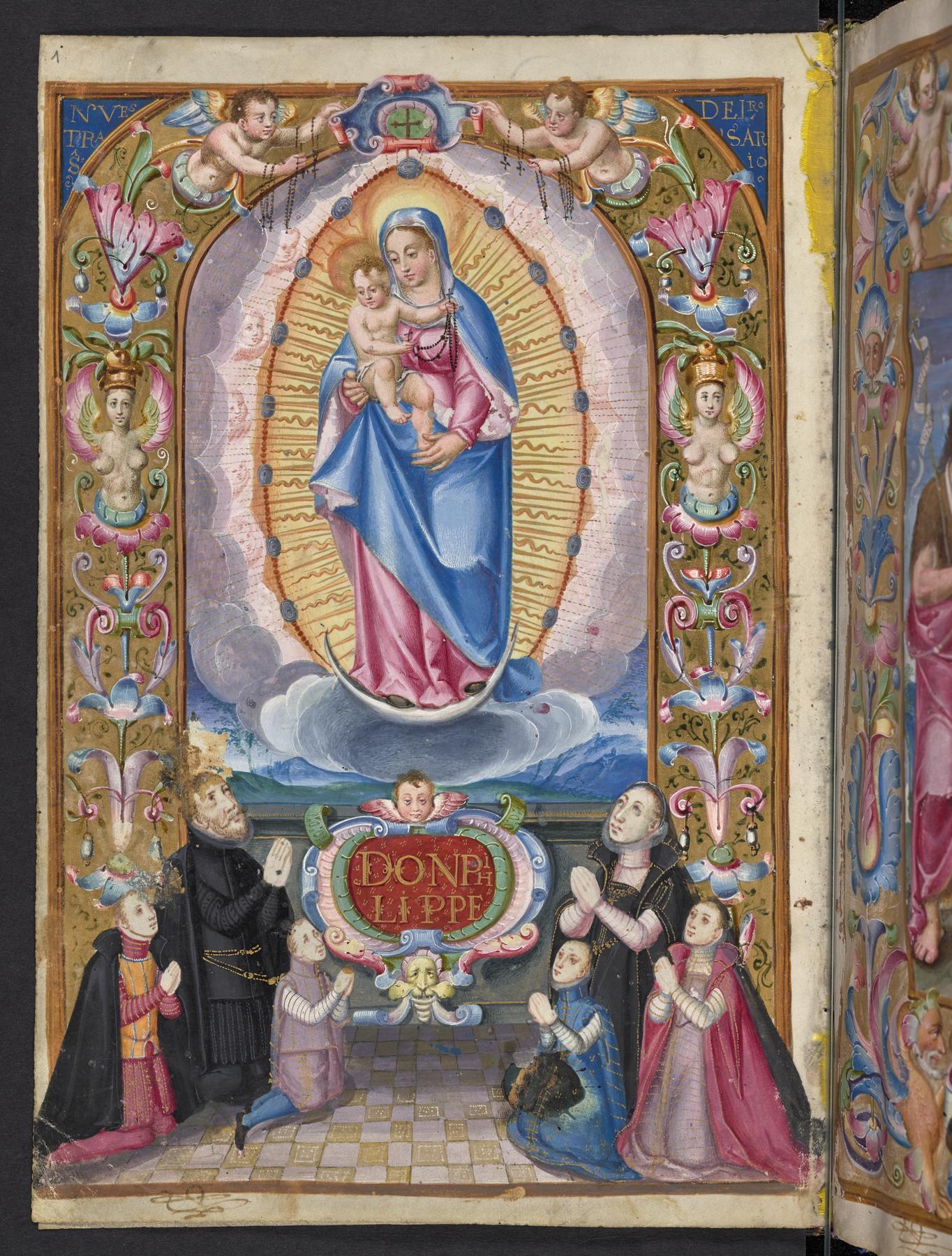 Fifty-two discoveries from the BiblioPhilly project, No. 25/52
A guest post by University of Pennsylvania Manuscripts Cataloging Librarian, Amey Hutchins

One of the great outcomes of the BiblioPhilly project is how easy it is to discover similar manuscripts in multiple partner libraries. As a cataloger at Penn, I was aware of seven cartas executorias in the Penn Libraries: six in the Kislak Center for Special Collections, Rare Books and Manuscripts, and one at the Library at the Katz Center for Advanced Judaic Studies. These are sixteenth- and early-seventeenth-century manuscripts celebrating the aristocratic genealogy of Spanish families and confirming the privileges of aristocracy, issued at the end of lawsuits brought in the chancillerías (royal chancery courts) in Granada or Valladolid to prove nobility. These privileges were worth having: they included exemption from taxes and protection from a variety of criminal punishments including torture and being sent to the galleys, and protection from imprisonment for debt.[efn_note]Mauricio Drelichman, “Sons of Something:  Taxes, Lawsuits, and Local Political Control in Sixteenth-Century Castile,” The Journal of Economic History, vol. 67, No. 3 (September 2007): 608–42, esp. 611).[/efn_note] Through the BiblioPhilly project, I have made the acquaintance of six more cartas executorias in the region: one at Lehigh University (not described as a carta executoria prior to the project), one at the Philadelphia Museum of Art, and four in the John Frederick Lewis Collection of European Manuscripts at the Free Library of Philadelphia.

The manuscripts often begin with two full-page illuminations, including images of their owners, sometimes with their families. Here we see Alonso Ximenez de Canizares and his wife Maria de Zuniga (1574):

Some manuscripts also have historiated letters or small miniatures with portraits of the ruling monarch. The thirteen manuscripts in the BiblioPhilly region span the years from 1538 to 1606, issued in the reigns of Charles I (1516–1566):

In this group of highly formulaic manuscripts, one has a significant difference, which will be the subject of the next post.

Today's #ManuscriptOfTheDay is Ms. Codex 88, a 15th c collection of miscellaneous Christian texts written in modern-day Croatia. The cryptogram is on f. 80r #medieval #manuscript #15thc #croatia #croatian #dalmatia #plants #bookhistory #librariesofinstagram
Today's #ManuscriptOfTheDay is Ms. Roll 1588, two damaged membranes of a 15th c. chronicle tracing the descent of the kings of England from Noah, through Brut. The birth of Christ is marked just before the end of the fragment. #medieval #manuscript #roll #fragment #damage #genealogy #familytree #england #english #chronicle #15thc
Today's #ManuscriptOfTheDay is Ms. Codex 1116, a 15th c Italian legal document, originally a roll, folded and sewn into a binding in the 17th c, later sewn into yet another binding. The front cover of the 17th c binding describes the document's contents. #medieval #manuscript #binding #parchment #15thc #italy #italian #law #legal #historyoflaw #bookhistory #librariesofinstagram
Today's #ManuscriptOfTheDay is Ms. Codex 1625, a 14th century French copy of Gospel lessons associated with the Office of the Dead. The manuscript is a fragment consisting of six conjugate folios. The lessons are from the Gospels of Luke (the Annunciation) and Mark (the Resurrection) and an abbreviated version of the Passion from the Gospel of John. #medieval #manuscript #14thc #french #france #officeofthedead #bookofhours #bookhistory #arthistory #fragment
Today's #FragmentFriday is Ms. Coll. 591 Folder 30, a leaf from a 12th century breviary containing readings and chants for the liturgical season following Easter, with Hufnagelschrift neumes on 4-line staves #medieval #manuscript #12thc #latin #breviary #music #neumes #fragment #leaf #bookhistory #librariesofinstagram
For today's #drollerydonnerstag, another one from LJS 724, a 13th century French Bible. How about this curious kitty cat from the top margin of f. 18v? #medieval #manuscript #drollery #cat #illustration #marginalia #bible #13thc #french #france #bookhistory #arthistory #librariesofinstagram