Palm-leaf and paper manuscripts have been produced and circulated in South Asian literary cultures for a long time, going back well before the turn of the Common Era. For centuries, scribes across South Asia produced and re-produced texts on dried leaves of palmyra and talipot palm trees, and occasionally on other materials like birch bark. They wrote in classical and vernacular South Asian languages like Sanskrit, Tamil, Malayalam, and others. Noble families and wealthy patrons often commissioned the production of manuscripts for private libraries, while other manuscript traditions developed to meet educational and ritual purposes. Production of palm-leaf manuscripts continued through the medieval period, when a rise of texts in Persian appeared on the Indian subcontinent under the influence of the Delhi sultans and Mughal emperors from the 13th to the 19th centuries. By the end of the early modern period, palm-leaf manuscript production slowed, while paper manuscript manufacture persisted. The expansion of printing presses in the 18th-19th centuries curbed widespread production of handwritten manuscripts in South Asia.

Today, private and public archives across South Asia house countless palm-leaf and paper manuscripts. Unique manuscript traditions in each region reveal linguistic, scientific, religious, and cultural nuances that, when taken together, reflect the sociocultural diversity of the region. The title of this project uses the Persian suffix –stan, meaning “place of” or “country,” to evoke the rich history of writing on the Indian subcontinent: hence, manuscriptistan, “place of manuscripts” or “manuscript country.” 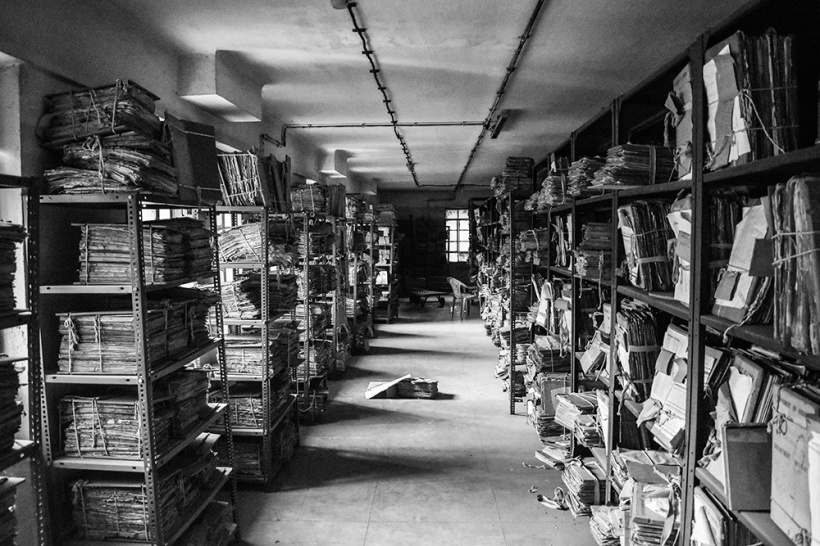 The images in the exhibition Manuscriptistan, on view in the Kamin Gallery (Van Pelt Dietrich Library Center, 1st floor) from September 9 – December 13, 2019, offer a photographic documentary of some of India’s captivating manuscript archives. Yet, importantly, it is not a study of the particular knowledge systems contained inside the covers of the manuscripts. It is not, for example, an attempt to show the sheer number of poetic and astrological texts in one archive and the unique collection of medical texts in another. Instead, Manuscriptistan asks the question: What becomes of the manuscript and archive, when the archive and manuscript become art? This is not a study of manuscript contents and subjects, in other words, which scholars have mined for centuries to explain and reconstruct Indian history. Rather, the images of Manuscriptistan represent my attempt to visually apprehend some of the literary objects that I have been seeing since 2003 while doing research in Indian archives. The exhibition creates a visual portrait of what it feels like to be around these objects and in these spaces, and in the end, to capture the simultaneous feeling of understanding and improbability that being around these objects and in these spaces often rouses in me. 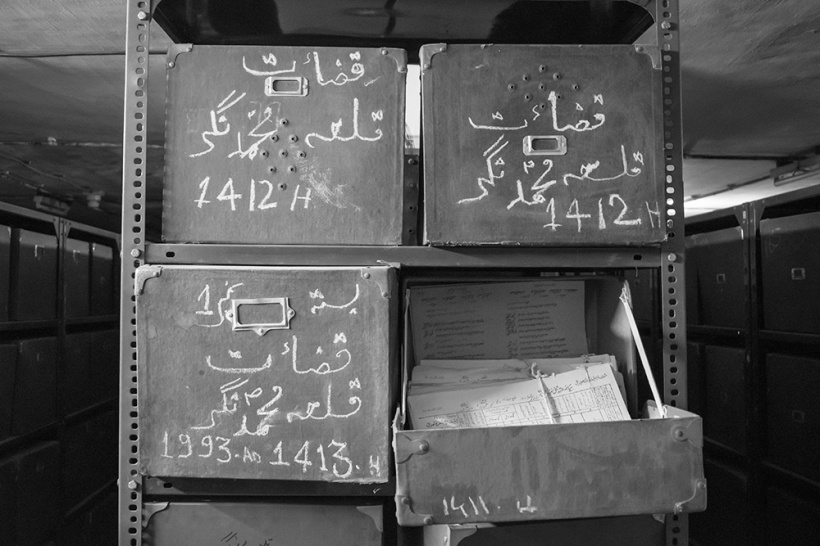 Historical, technical, and social aspects of manuscript production in India are folded into many of the images in the exhibit, and in this way Manuscriptistan presents a visual encounter with the history of the “book” and writing in before typography in South Asia. Yet, the project also moves beyond typography and book cultures. I developed and framed these images as invitations to a visual reflection on the aesthetics of the manuscript and archive, as artifact and curated space as such, which I hope will appeal to people whether or not they are aware of India’s manuscript traditions and the ways in which manuscript production influenced Indian intellectual history and education by organizing, preserving, and mediating the ways people create, access, and engage knowledge.

Manuscript cultures in India’s past and present have been integral to my research and teaching activities. I was trained as an historian of Indian religions and medicines, and I am currently Associate Professor of South Asian Studies at the University of Wisconsin–Madison in the Department of Asian Languages and Cultures. I have been doing research in manuscript archives in India since 2003, when I first began appreciating the visual appeal India’s manuscript archives. Thus, the Manuscriptistan Project began informally many years ago, although the project became a bona fide art project in late-2015, after I received a Guggenheim Fellowship to purchase proper equipment and do the fieldwork necessary to amass a sizeable collection of images to develop and exhibit, which I’ve been doing intensively the past three years in the Indian states of Uttar Pradesh, Telangana, and Kerala.

For more information and to reserve a spot, go to https://www.library.upenn.edu/about/exhibits-events/manuscriptistan.